Oyo State Government on Tuesday has sternly warned occupants of illegal structures/Shanties adjoined to UMC Demonstration School, Molete, Ibadan to remove their valuables and vacate the space within 7-days.

Executive Chairman, Oyo State Universal Basic Education Board, Dr. Nureni Adeniran, who disclosed this, urged them to immediately vacate the entire area as well as the vicinity of the School within the stipulated period.

He said: “This School belongs to Oyo State Government and it has an approved plan. This Government would not tolerate any form of impunity because these adjoined structures were never part of the plan”.

“The Oyo State Government under the leadership of Engr. Seyi Makinde is determined to ensure strict compliance with masterplan for our Schools, which is aimed at ensuring the development of a clean and safe environment for our pupils”, he added.

Dr. Adeniran revealed that the Board received petitions from the authorities of the School that one Shehu Hammed, a self-acclaimed Chairman, Schools Based Management Committee of the School has been encroaching into the space and erected the illegal kiosks.

He revealed that the said Sheu has been arrested and handed over to the Nigeria Police Force, for further questioning and investigation.

Dr. Adeniran further affirmed that the arrest and subsequent demolition became imperative following outcry by management of the Public School that criminal elements have turned the area into hideouts for carrying out their nefarious activities thereby making the environment unpleasant for learning.

The Chairman confirmed that investigation conducted revealed also that Sheu collected monthly rents from occupants of the illegal structures, without any permit or operating license from the Oyo State Government.

He reiterated that, immediately after the expiration of the ‘Quit Notice’ next week, the Board will embark on a clean-up exercise in the area and a clampdown on any recalcitrant occupant. 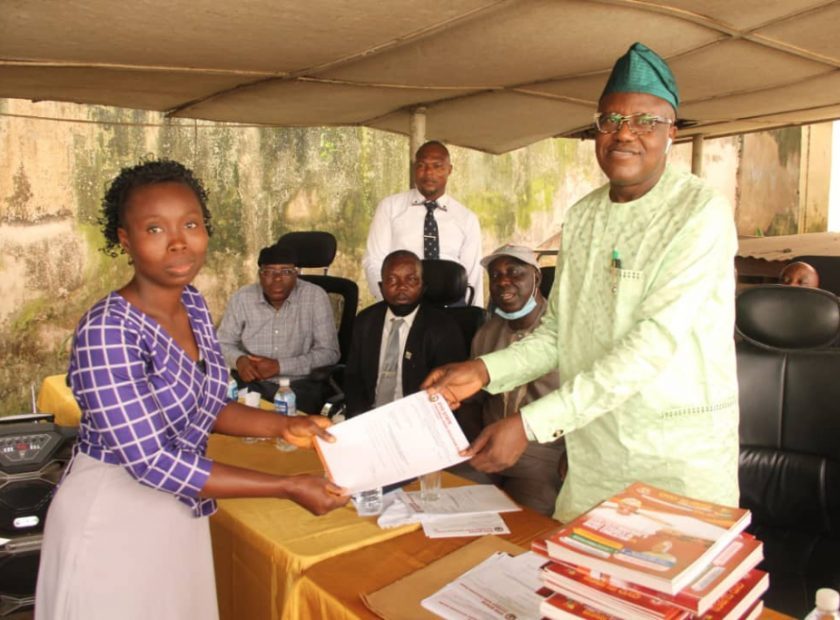